Henry VIII grew up within Eltham Palace and met Erasmus here in 1499. The Tudor court generally used the palace for Christmas celebrations but when Greenwich Palace was rebuild the court used Eltham less. But the large parks and forests were still used for hunting when the court stayed at Greenwich.

Anne Boleyn left her mark on the palace as well, having her emblem inserted in the glass in the gallery where her daughter, Elizabeth played. Also we know that Anne Boleyn visited the palace in 1534 when both Elizabeth and Mary stayed there.
The accusations of incest between Anne and her brother George supposedly happened at Eltham Palace in December 1535.

Henry VIII was the last monarch who spent larger amounts of money on the palace and before the restoration of Greenwich, Eltham was popular due to its ability to house 800 people - a convenient ability when you are taking the entire court with you everywhere. 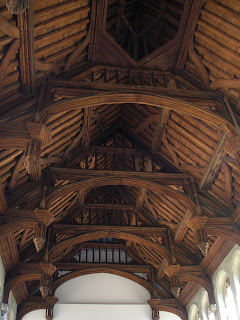