Built in 1477 Greenwich Palace is also known as the Palace of Placentia - a name given by Henry VIII which means "the Palace of Pleasure". It was first the property of Henry V who gave this little present to his brother, the Duke of Gloucester. In 1499 Henry VII was on the throne and had the palace expanded using no less than 600,000 red bricks - all produced in England of course. A favourite of the Tudors it was also known to be the most modern palace of its' time so of course the royal Tudors spent a lot of time here. By the time the Tudors inhabited the palace it was located quite a bit outside of London and close to the Thames because it was easier to travel by water than by the roads which were often muddy.

It was the birthplace of no less than four Tudors: Henry VIII, Edmund Tudor, Elizabeth I and Mary I. Henry VIII was baptised in the church of St. Alfege and Elizabeth I was baptised in the church of the Observant Friars which was just close by. But there is also a more sinister story concerning the Tudors and Greenwich. Henry VIII married Catherine of Aragon as well as Anne of Cleves in the chapel. It was here that Anne Boleyn was staying when she was arrested and taken by barge to the Tower of London. Later on Anne Boleyn's death warrant was signed by Henry VIII here.

Henry VIII loved this palace nonetheless - apparently he never thought of the terror his previous wives had felt there - and made it his favourite residence until Whitehall and Hampton Court Palace became all the rage. But while he stayed there Henry had the place expanded again to accommodate his need of entertainment: a jousting area, a cock pit, tennis courts, kennels for his hunting dogs and stables. But that was not all. A new banqueting hall, forges and armoury was also added.

Ironically enough it was at the jousting grounds of Greenwich that Henry VIII had his jousting accident that left him unconscious for two hours - he would never joust again. Elizabeth I spent most of her summers at Greenwich and it is allegedly where Walter Raleigh is said to have put his cape over a puddle for the Queen. When Mary Tudor had married Charles Brandon - without her brother's permission - the palace was were the marriage was solemnized and made public.

The sad thing is that Charles II had the Tudor parts torn down to built his own sumptuous palace. 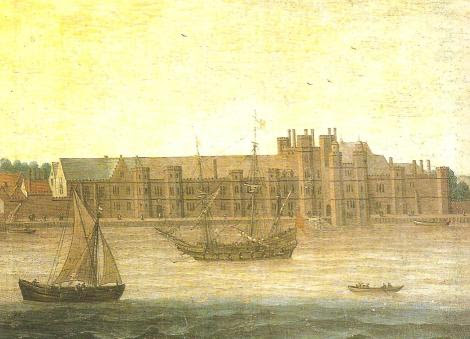 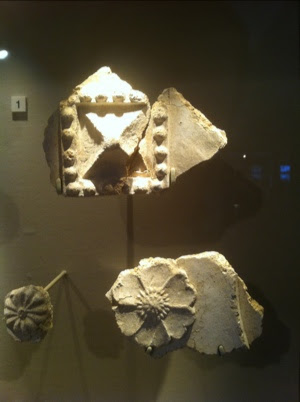