Despite that it was Cardinal Wolsey who turned Hampton Court Palace from a mansion to a palace there is just one room that remains as it was when he occupied it: Wolsey's Closet. This was one of the Cardinal's private rooms. Religious paintings of an unknown painter depicts "The Last Supper", "the Passion of Our Lord", "the Scourging at the Pillar", "the Carrying of the Cross" and "the Resurrection" - all very appropriate for a Cardinal but some sources claim that it was Henry VIII who commissioned them. The ceiling is extremely elaborately done with ornaments of Tudor roses and the feathers of the Prince of Wales. A rather large open fireplace guaranteed that the Cardinal would not be cold.
Next to Wolsey's Closet there is a small room which is thought to have been the Cardinal's wardrobe. 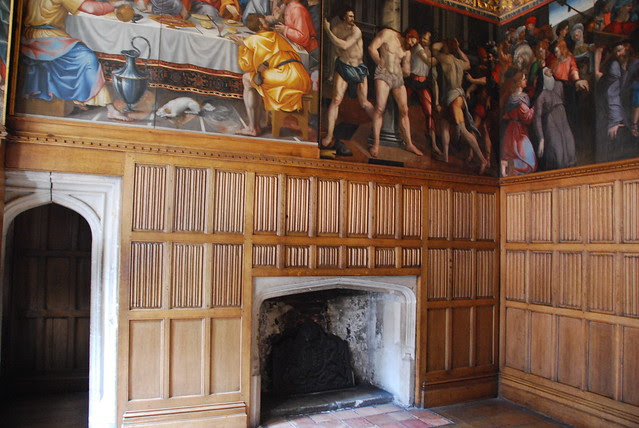