The King's Presence Chamber was only available to those who held the highest ranks and the King's favour. The dark wooden walls are covered in detailed tapestry - a part of Henry VIII's massive collection. One of the tapestries depicts the legend of St. George on horseback trampling over a dragon. Another depicts the "12 Labours of Hercules". Today, a crimson canopy hangs as the focus-point of the room - it is the original canopy from the time when William III occupied Hampton Court Palace; it still has the silver and golden embroideries at the centre to form a coat-of-arms. A portrait of William III is widely believed to be painted by James Hamilton who worked for James I during the reign of Elizabeth I. 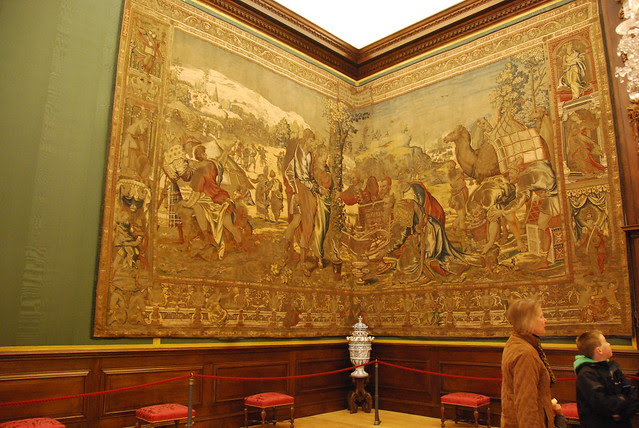 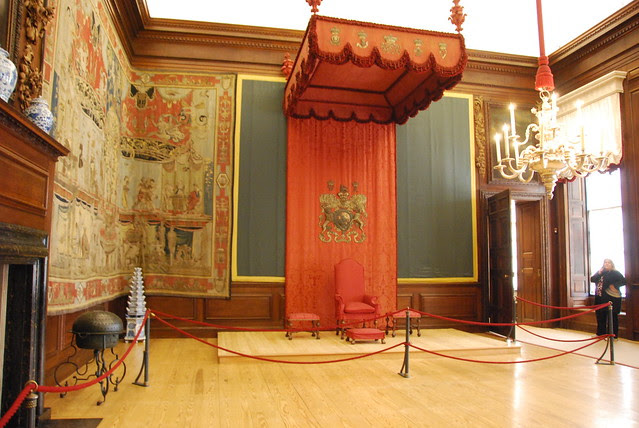