On February 20 1547 Prince Edward Tudor was crowned King of England in Westminster Abbey - at nine years of age. Edward's clothes were made of cloth-of-silver which had been embroidered with gold. Beneath this was white velvet adorned with rubies, pearls and diamonds.
The boy king-to-be rode on horseback through London to Westminster Abbey and on his way he was met with plays and masques. It is said that the royal procession was stopped along the way and Edward was given a purse of 1000 pounds to which the boy asked "Why do they give me this?". Edward was in particular amused by a Spanish entertainer who played with robes. It was the first time ever than the pageants on the road to Westminster Abbey had expressed an opinion as to what the new King's policy should aim at: one of the pageants involved players meant to embody England's desire for Edward to continue the reformation.
Some of the expenses of the account of the Revels' states:


"newe making and altering of Sundry maskes, and garments for players agenste the Coronacion of our soveraigne lorde Edward the Sixth"

Even the new King took part of the plays! According to "The Drama of Coronation" there are no surviving texts that tells us exactly what the plays were about but we do have one rather clear lead: cardinals, popes and kings were all a part of the play. The ceremonies that usually followed such an event had been shortened because Edward was so young and it was feared that he would be too tired before seeing it all. This meant that the celebrations lasted seven hours instead of twelve as was custom. All in all the procession to Westminster Abbey had taken four hours.

As Edward made his way to the raised dais on which he would be crowned, he was escorted by a bishop (most like Thomas Cranmer) and a lay magnate. He was carried around in a "litill cheyre" (little chair) by four gentleman ushers before Thomas Cranmer presented him to the waiting congregation.
Thomas Cranmer performed the ceremony (ever since the Boleyn family raised him to an Archbishop, he had been a symbol of Protestantism in England). But there was something different about this coronation which was first and foremost because of the strong desire of Edward Seymour (Lord Protector) and the young boy himself to complete the Protestant reformation. One of the changes was the meaning of the anointing oil - before adding it, Thomas Cranmer proclaimed "the oil, if added, is but a ceremony". Hereby the ceremony has lost its religious meaning and had become nothing else but a ceremony. Besides, Edward was the first King to be crowned as Head of the Church of England. His oath and the Recognition was edited as well to fit with the new regime.


This is an extract of Cranmer's speech at the coronation itself:


"Most dread and royal sovereign: the promises your highness hath made here, at your coronation, to forsake the devil and all his works, are not to be taken in the bishop of Rome’s sense, when you commit anything distasteful to that see, to hit your majesty in the teeth, as Pope Paul the Third, late bishop of Rome, sent to your royal father, saying, ‘Didst thou not promise, at our permission of thy coronation, to forsake the devil and all his works, and dost thou turn to heresy? For the breach of this thy promise, knowest thou not, that it is in our power to dispose of the sword and sceptre to whom we please?’ We, your majesty’s clergy, do humbly conceive that this promise reacheth not at your highness’  sword, spiritual or temporal, or in the least at your highness’ swaying the sceptre  of this your dominion, as you and your predecessors have had them from God. Neither could your ancestors lawfully resign up their crowns to the bishop of Rome or to his legates, according to their ancient oaths then taken upon that  ceremony."

At the end of the coronation the congregation (consisting of the lords and ladies of England) answered Cranmer's proclamation of Edward as the rightful King with: "Yea, yea, yea, God Save King Edwarde, God Save King Edwarde, King Edwarde."
When the coronation ceremony was over, the newly crowned King went to Westminster Hall for the great feast that was to follow. In his diary Edward wrote that he sat at the high-table with Edward Seymour and Thomas Cranmer "with the crown on his head". During this celebration a man named Edward Dymoke made the traditional display of loyalty by proclaiming that he would fight anyone who questioned Edward's right as King. 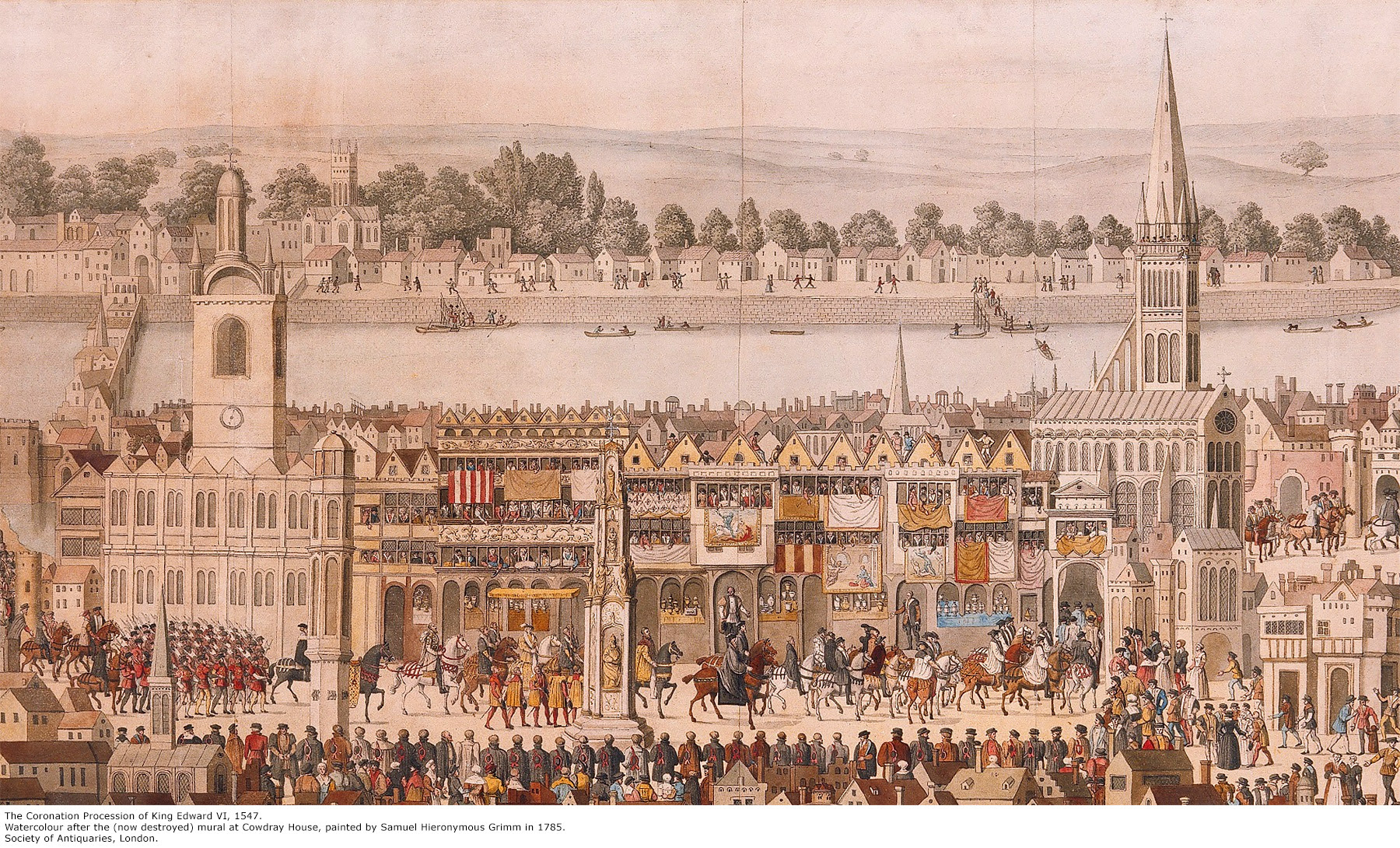 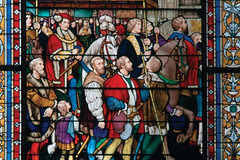 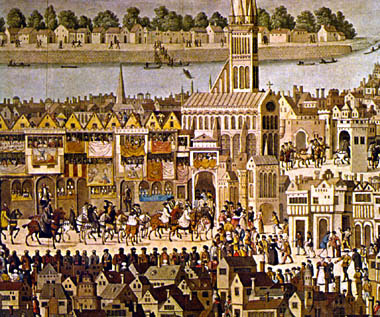