The Clock Tower (so named due to Henry VIII's large astronomical clock that hangs on the outside walls) still has traces of Cardinal Wolsey: his seal is still under the entrance arch. The Clock Tower connects the Clock Court and the First or Base Court. Besides the great clock, two medallions of Roman emperors adorns the sides of the clock. The medallions were made in 1521 by Giovanni di Maiano; their design is based on medallions created for Cardinal of Amboise (apparently, they were popular among cardinals). 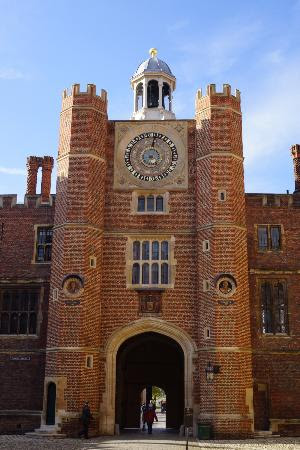