Coins of the Realms

The monarch was - and still is - the face of a monarchy's currency. That was the same in Tudor England and some of the coins have survived as a testimony to an age long gone by. 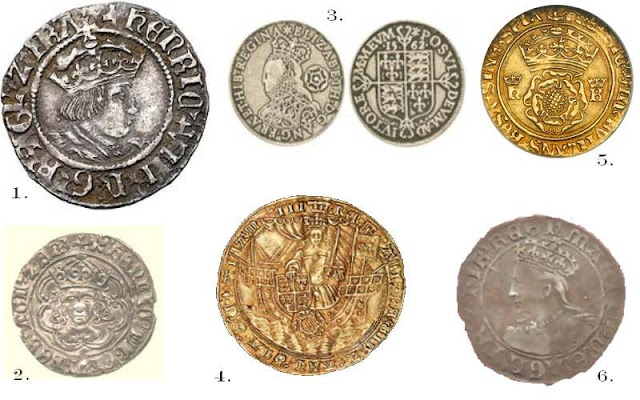 1. Coin from Henry VIII's reign
2. Early groat from Henry VII's reign
3. Elizabethan coin depicting the Queen and the Tudor rose
4. A golden coin from Mary I's reign. It depicts Mary on a ship carrying a sword and shield
5. Coin made during Henry VIII's marriage to Catherine of Aragon
6. A silver groat from the time of Mary I
Indsendt af Louise Boisen Schmidt kl. 2/15/2013 09:42:00 pm