Wolf Hall: Home of the Seymours

The Seymour's main residence was at Wolf Hall; it was here that Jane Seymour (third wife of Henry VIII) was born. There is very little left of the building that was inhabited by a rising family that would become a powerful fraction at court. But the Seymour family left Wolf Hall and no longer lived there in 1575 - instead the estate was used to house servants until it could no longer be inhabited at all.

It was at Wolf Hall that Henry VIII stayed in September 1535 and started courting Jane Seymour. It is possible that the newly married royal couple held a celebration party in the barn belonging to the estate. When the barn burned down in the middle of 1920's it still had the hooks on which tapestries used for the celebration hung. After the executions of Thomas and Edward Seymour, the family's fortunes fell as drastic as they had risen - there was no longer a point in trying to improve the family seat of a family that no longer possessed any power. 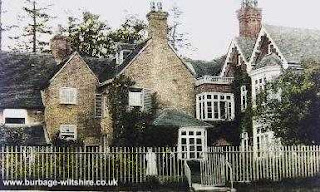