The Seymour family became the leading family after the fall of the Boleyns. Like their predecessors, their power came from the King's affection for a woman in their family - in this case Jane Seymour. Since Jane did the convenient thing and died after giving the King a son, the Seymour family remained in favour even after the death of the Seymour Queen. The patriarch of the family was John Seymour but it was his children that led the Seymour to the fame and power that comes from the love of a Tudor.

But the main figures of power from the Seymour family after Jane's death was her brothers Thomas and Edward who both ended their lives on the scaffold - sent there by their nephew, a half-Seymour. 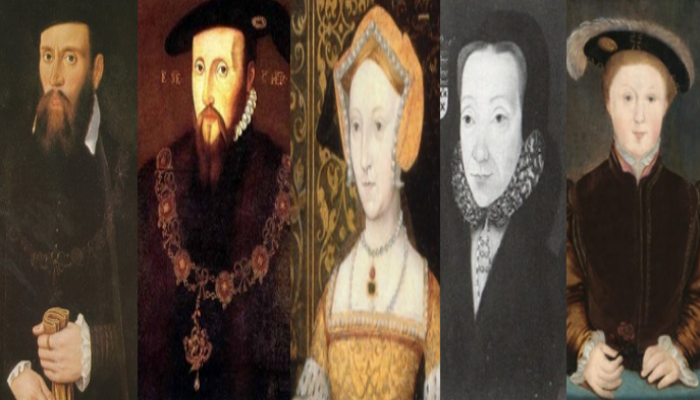 Email ThisBlogThis!Share to TwitterShare to FacebookShare to Pinterest
Etiketter: the-seymours