Lost Children of Catherine of Aragon

Catherine of Aragon gave birth to a good deal of children during her marriage to Henry VIII but only Mary I would survive - something that would eventually lead to Catherine's dethronement. But how many children did Catherine give birth to? Where there really no boys among them?

The answer to the last question is a definite "no" - Catherine gave birth to a number of sons but sadly none of them survived their infancy. These were the children of Catherine: 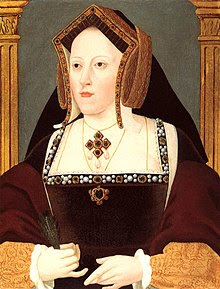 As the years show, Catherine was pregnant almost constantly from 1510-1518. After this period she did not conceive again and as nature has it, she eventually entered menopause. How unfair and painful it must have been for Catherine to listen to Henry and his councillors complaining that she never was able to produce an heir, while she had not only been through labour pains but the pain of losing the child as well - several times.
Indsendt af Louise Boisen Schmidt kl. 2/18/2013 09:57:00 pm

Email ThisBlogThis!Share to TwitterShare to FacebookShare to Pinterest
Etiketter: aragon, catherine, of