Ghost of the Nine Days Queen 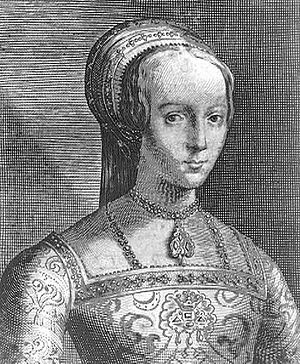 Lady Jane Grey is one of the many tragic Tudor figures who has been seen at the Tower of London after her death. The last recorded sighting of the Nine Days Queen was on February 12, 1957 - the anniversary of her execution. Her ghost was seen by two guardsmen of the Tower that reports the lady was a "white shape shaping itself on the battlements".

Lady Jane Grey has also been spotted at Astley Castle. She is reported to be sitting, quietly and reading. After the castle was destroyed by a fire, Lady Jane Grey's ghost has still not left the palace. She can still appear, sitting and reading in her book but without the palace she seems oddly out of place.

Her husband, Guildford Dudley, was also executed for treason. His ghost has been seen at the Beauchamp Tower, sobbing.
Indsendt af Louise Boisen Schmidt kl. 2/22/2013 08:56:00 pm