This Psalter was made in the 13th century but it is unknown what happened to it until 1553 where the customs officer Baldwin Smith presented it as a gift to Queen Mary I.
Mary valued the book highly and had it rebound with her device, the pomegranate, which she had adapted after her mother. The pomegranate is sewn with golden thread on a velvet background.

The Psalter is far from the ordinary Psalters. It contains many illuminated parallels - all done by the same artist. The book contains more than 800 illustrations that are beautifully executed. The clasps are engraved with Tudor emblems of fleur-de-lis, portcullis, a lion and a dragon - this was to make it clear that it was the Queen's personal belonging. 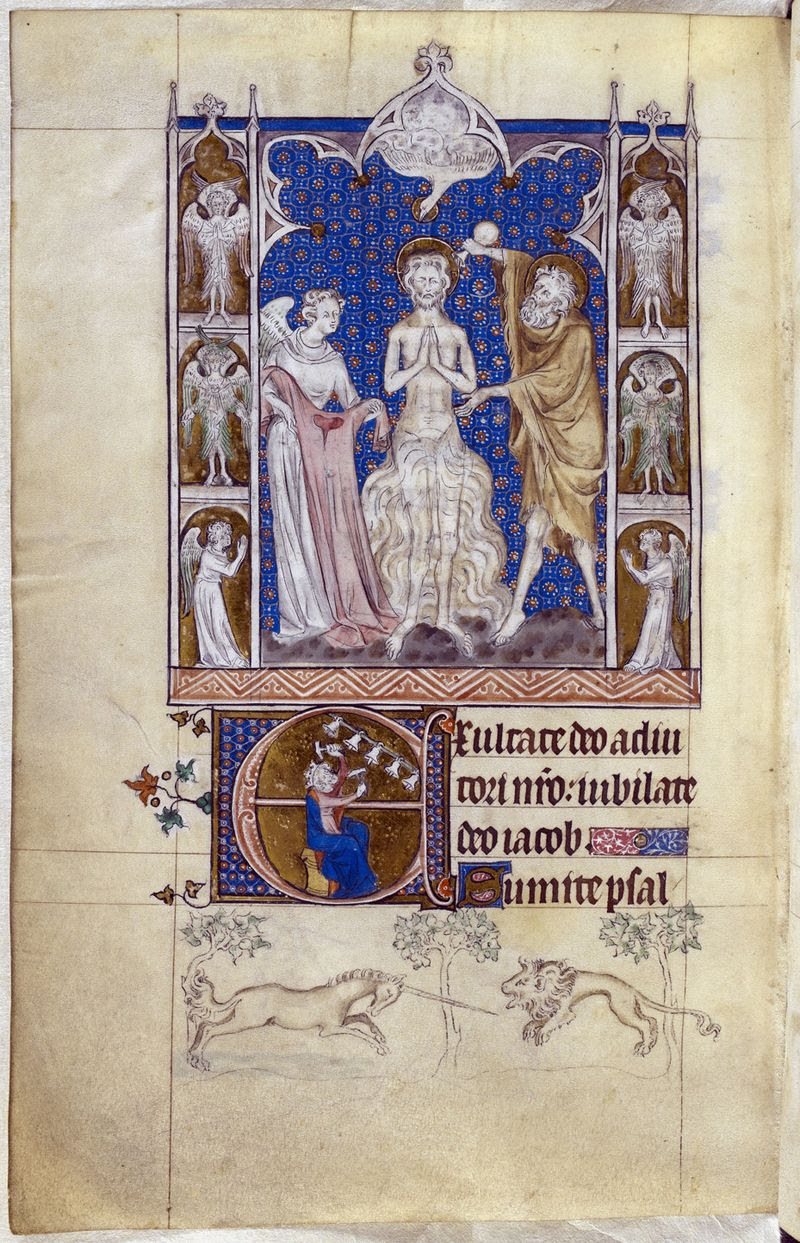