It is almost impossible to avoid Philippa Gregory when searching for Tudor fiction - and there is a reason for that. Her "Boleyn Series" takes place during the Tudors' reigns and often is centred around minor characters that have a connection to the Tudor monarch of their specific time. Personally, I own all of the books and there is only one that I am not that happy about: The Virgin's Lover. I really did not like how Philippa Gregory portrays Elizabeth I as an extremely dependent and love-sick teenager when it is pretty safe to say that she was everything but that.
Anyway, here are the six books and I hope that you will read them. To help you out (that is if you have not already read them) I have written who the main character is and which Tudor monarch they serve - in that way you can choose your favourite Tudor :) :

The Other Boleyn Girl - Mary Boleyn as she catches the eye of Henry VIII and becomes his mistress but must step aside when her sister, Anne, replaces her in the King's affection - and drives Mary to finally choose her own life

The Boleyn Inheritance - This novel follows Jane Rochford as she battles her immense guilt of sending her husband and sister-in-law to the scaffold, Anne of Cleves during her short marriage to Henry VIII and Katherine Howard as she goes from the King's beloved wife to another traitor on the scaffold.

The Virgin's Lover - An dependent Elizabeth I and her relationship with Robert Dudley takes place in front of a baffled court while Robert Dudley's wife, Amy Robsart, longs for her husband in the country-side

The Other Queen - Mary, Queen of Scots, and her rivalry with her cousin Queen Elizabeth I which eventually leads to her execution 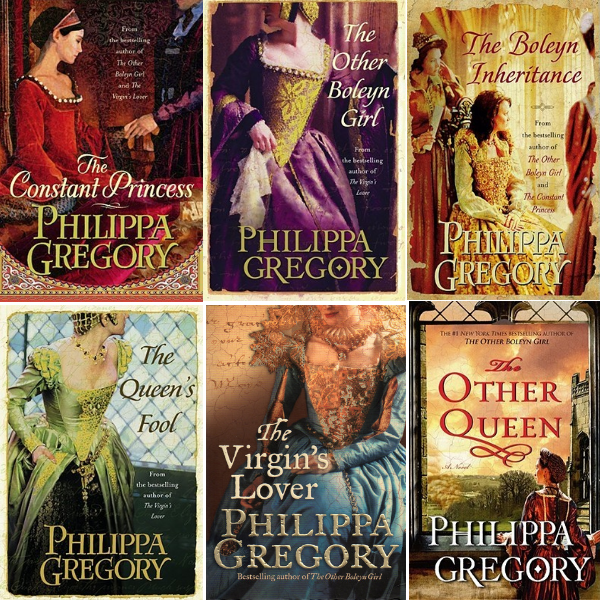