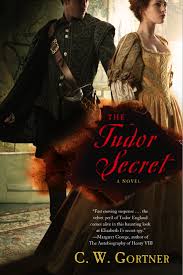 In the summer of 1553, a young orphan boy named Brendan Prescott becomes a part of the powerful Dudley-family's household. Finding himself now at court - the centre of power - Brendan is sent on a mission to Princess Elizabeth, the King's sister. Things becomes complicated when Elizabeth's trusted protector, William Cecil, convinces Brendan to become a double agent in exchange for him finding informations about Brendan's past.

When the seriously ill King Edward VI disappears Elizabeth's quest to find out the truth becomes more dangerous than ever.  With only a brave stable-boy and a lady-in-waiting, Brendan finds himself the centre of a world packed with lies, treason and constant mortal danger.